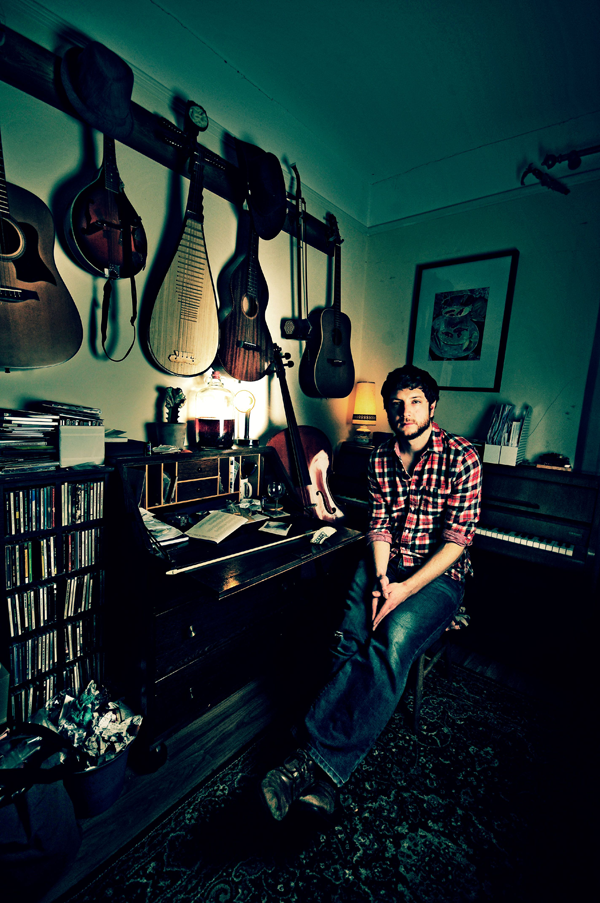 The Gentle Good is the moniker of critically acclaimed songwriter and musician Gareth Bonello. Known for his enchanting melodies and intricate guitar style, Gareth is one of the foremost artists working in Wales today.

A multi-instrumentalist that specialises in acoustic music, Gareth creates timeless songs in both the English and Welsh languages. He has performed all over the world and is a captivating live act, equally capable of mesmerizing audiences with just a guitar or with a full band and string quartet. He is a founder member of the Khasi-Cymru Collective, a collaboration with artists from the indigenous Khasi community of Northeast India.

The Gentle Good have released several award-winning albums, most notably Ruins/Adfeilion, which won the Welsh Music prize in 2017 and Y Bardd Anfarwol (The Immortal Bard) which won the Welsh Language Album of the Year award in 2014. The first Khasi-Cymru Collective album; Sai-thaiñ Ki Sur (The Weaving of Voices), was released in May 2021 and has received widespread critical acclaim.