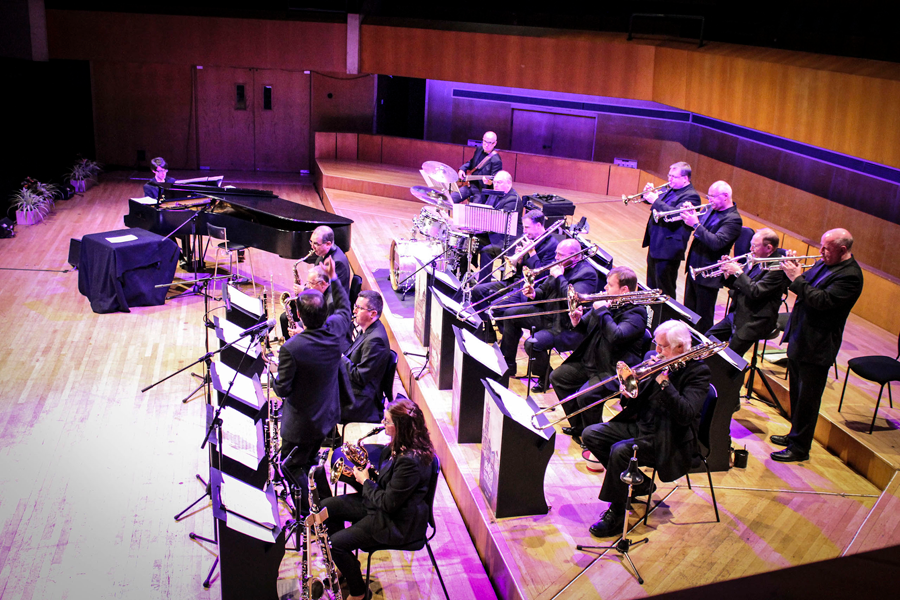 Capital City Jazz Orchestra was formed in 2007, following a conversation between Ceri Rees and Four Bars at Dempseys’ Alistair McMurchie about putting a big band together to play once a month at the jazz club. Ceri formed a 16 piece band and started doing open rehearsals at the venue, which soon attracted a regular following.

The band continue to go from strength to strength, regularly working with great jazz artists, appearing at Brecon & Swansea International Jazz Festivals, and performing at the Welsh Proms at St David’s Hall. The band are indebted to Alistair McMurchie and Brenda O’Brien from Four Bars at Dempseys, and all at South Wales Big Band Society for their continued support.