Speaking to Lesley Meek is a humbling experience. Throughout her life she has spent more time in hospital than anyone should have to. Yet she has learnt to face adversity and remains positive and is a great supporter of Daring to Dream which makes a positive contribution to the emotional health and wellbeing of patients and their families.

Lesley’s struggle began in 1966, born prematurely with a heart condition. Her parents were told she would not survive. She spent the first two years of her life in an oxygen tent in Sully Hospital. Nevertheless, she was fortunate in being able to start school as normal although endured many hospital visits, including to the Royal Brompton Hospital in London. 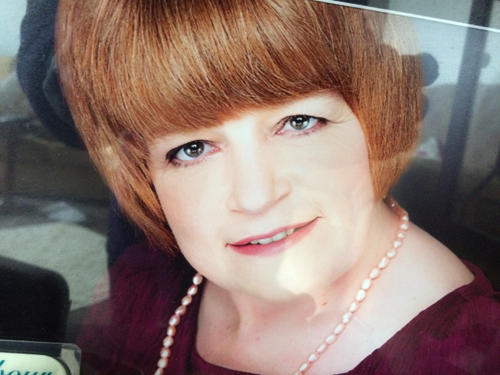 Lesley enjoyed a reasonably normal time at secondary school. Aged 15 she met her future husband,  they married when Lesley was 19 and have now been married for 34 years. Unfortunately, Lesley was unable to have children and her life took another remarkable turn when her best friend at secondary school offered to be a surrogate mother. Her son was born in 1997.

In Lesley’s words her health was “pretty good” until her 40s when regular visits to several hospitals was the norm. Most people would be overwhelmed by such a medical history, but not Lesley. “It won’t beat me” she says, and it has not. As a child she helped her mother, who was a newsagent, and later on she worked in a factory.

This positive attitude extends to her determination to help others. As a patient volunteer at UHW, Lesley is supporting the training of the next generation of doctors, when student doctors carry out examinations under supervision.

Lesley has huge praise for the NHS, but recognises that there are areas that can be improved, especially in the provision of non-clinical ways to assist emotional wellbeing. “Wards don’t have money for decoration” she says, “there’s nothing for children or young adults to do or even for older adults”. Difficult discussions often take place on a cardiac ward but all too often there is not a side-room where a private conversation can take place. Simple improvements could have a big impact “for example, it would be a great help if families had easy access to a small kitchen nearby. Perhaps there should be a small library and puzzle books etc for patients, young and old.”

We were delighted to invite Lesley to officially open, in early March 2020, the refurbished Visitors and Quiet Rooms on C3 Corridor (a project led by Daring 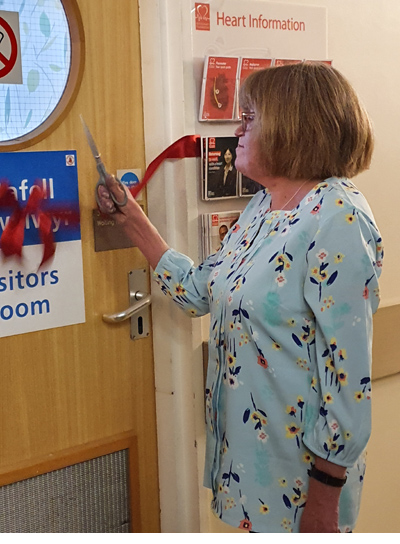 to Dream) in the Cardiothoracic Directorate at University Hospital of Wales? 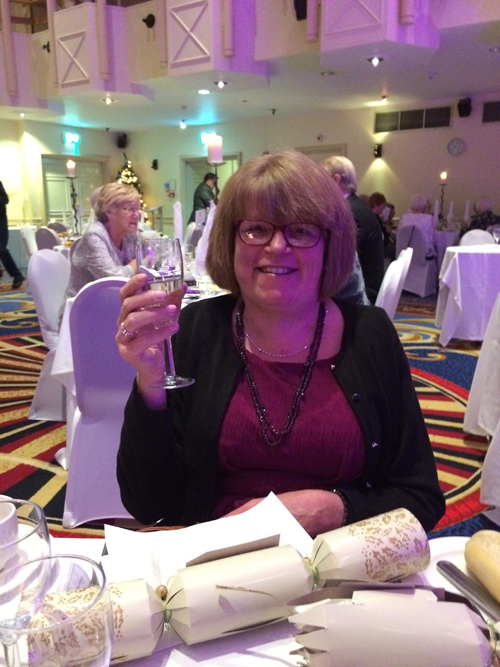 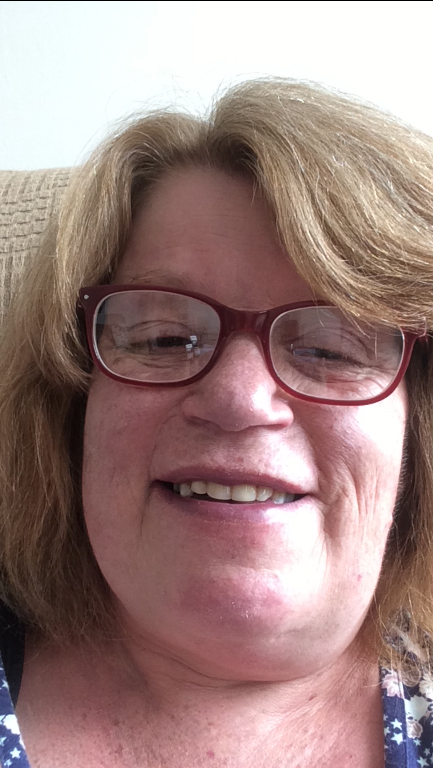 Make a Donation
We use cookies on our website to give you the most relevant experience by remembering your preferences and repeat visits. By clicking “Accept All”, you consent to the use of ALL the cookies. However, you may visit "Cookie Settings" to provide a controlled consent.
Cookie SettingsAccept All
Manage consent